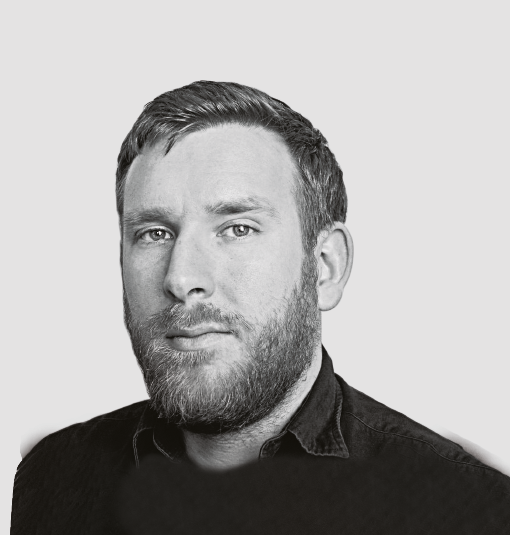 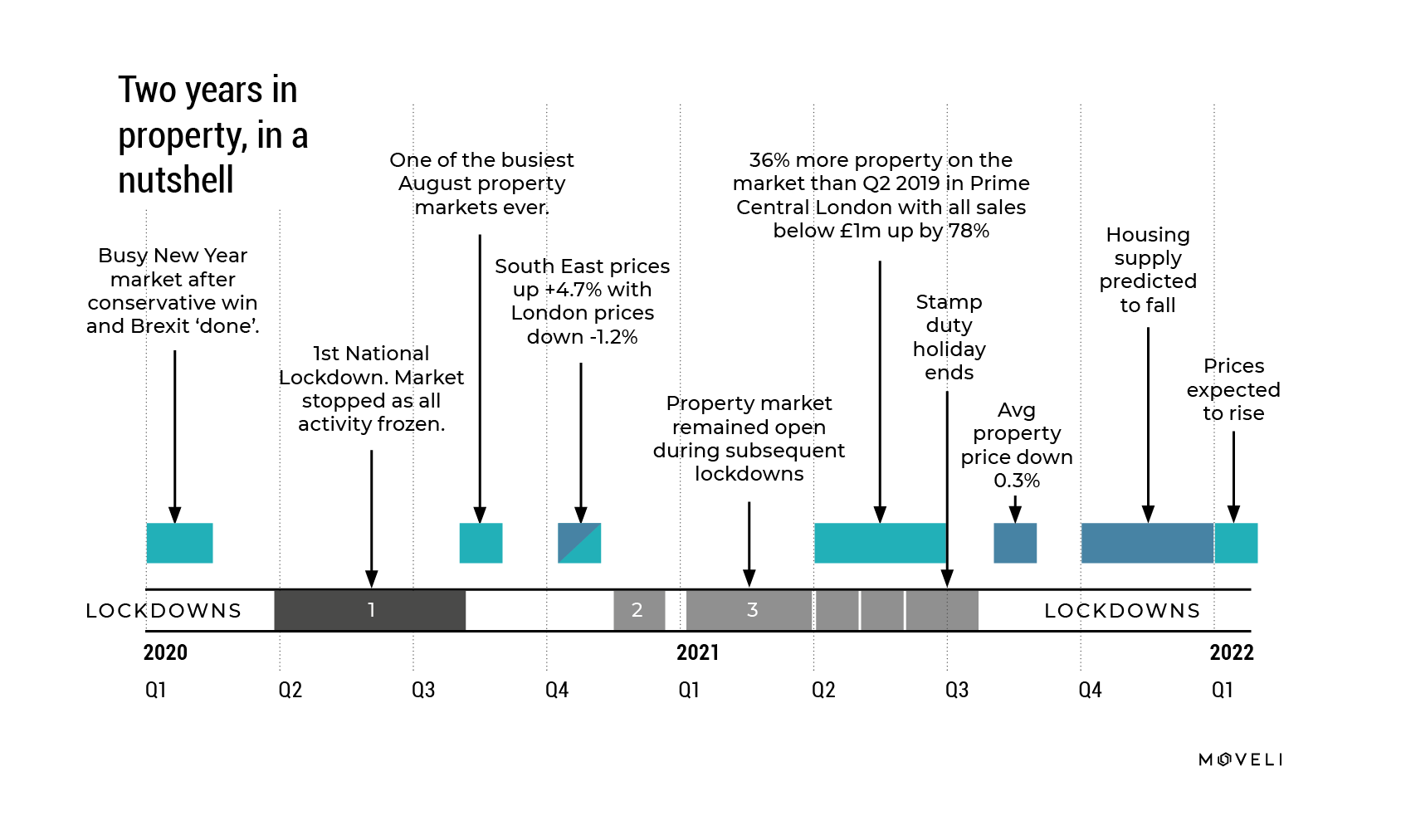 Well... where to start. It’s been an interesting year and a half on planet earth. Practically everyone has had their world turned upside down to varying degrees, and the world of property is no different. Regardless of whether you’re a buyer, seller, landlord or tenant, everyone has felt the effects of the pandemic. But as the UK emerges into some kind of normality, it’s all to play for as the market moves again, largely driven by the changing demands and aspirations of homeowners and renters alike.

An extremely condensed look at the last 18 months in property might go something like this: When the world was locked down, so was the market. Virtually all transactions stopped in early 2020. Then, as lockdown was first eased, the market caught fire with pent up demand driving record sales and price increases up and down the UK. Indeed, August 2020 was one of the busiest Augusts’ in the market for years with holidays cancelled everyone turned to their immediate abode and what to do about it. The demand was particularly acute in greener, larger, coastal and commuter towns and there were two words on everyone’s lips: ‘outdoor’ and ‘space’, often used together but exclusively too.

As it became clear that many people would not be returning to the traditional 9-5, and would be able to work from home more flexibly, many in central London had their eyes turned by bigger properties for similar or comparable prices outside of the capital. A survey by Royal London found ​​that when home movers were asked which areas they wanted to move to, 57% of Belfast movers said they wanted to move into a rural area, followed by 53% in Cardiff, 46% in London, 45% in Manchester and 42% in Liverpool.

Second lockdowns in the winter of 2020 slowed proceedings slightly, but at the start of 2021 things really picked up again. This was of course supercharged by the Governments stamp duty holiday, with sellers looking to facilitate a quick sale, and buyers, especially in the lower and mid markets, looking to save themselves a not-insignificant amount of money.

In prime and central London, Q2 2021 saw 36% more properties come to the market than over the same period in 2019. And with buyers pushing to complete before the 30th June stamp duty deadline, both the monthly and quarterly transaction figures set new records. The number of sales was up 140% on the five-year average (2015-2019) and 20% higher than the previous highest month in March 2016 (prior to the 3% stamp duty levy on additional properties).

Data from LonRes perhaps unsurprisingly shows that the highest activity was in the sub £1m market, as buyers here stood to benefit the most from the stamp duty holiday which saw the first £500k of purchase price being tax free. Sales below £1 million rose by 78% in Q2 2021 and in June alone by 177% compared to the five-year (2015 -2019) average.

But whiles prices in the capital have remained high, London’s growth has been sluggish when compared with other regions, including prime commuter areas all over the South East.

But despite this, there are signs of a return to normality in the market. In August, property prices in the capital and across the UK fell as buyers were distracted by holidays and the push and pull of life. Data from Rightmove shows the average price of property coming to market fell by 0.3% (-£1,076) in August driven by a 0.8% drop in the upper-end typically four-bedroom-plus sector. In contrast, there were new record price highs in the mass-market sectors made up of two-bedroom and fewer first-time-buyer-type properties, up by £1,328 (+0.6%) and three to four-bedroom next-step homes, up by £975 (+0.3%), where activity remained strong.

This slight downward trend may continue for the rest of the year, with low stock causing some buyers to pull back and see what comes down the line, rather than wade into the not-insignificant pool of buyers who know what they want and will pay to get it: think garden flats for first-time buyers in London, and family homes in commuter towns like Weybridge and Cobham.

Many are obviously hoping for a return to a more normal market, but that may not be on the cards just yet. In a recent report, Zoopla said: ‘The low supply of homes listed for sale, especially family houses, and a limited choice for would-be buyers may well impact demand in Q4 and into 2022, leading to a natural slowing in buyer interest as people looking to move wait to find a suitable property before playing their hand. Alongside this, the end of the stamp duty holiday, and the changing economic landscape, with the ending of government support, could also slow the market. However, this will not be sudden, and people’s desire to upsize and seek green space is still very much a factor, so overall demand will remain stronger than usual. This will also support price growth for the rest of the year. So there’s the possibility of a busy start to 2022, in line with the more traditional, predictable seasonal trends, as more normal levels of activity among movers and first-time buyers in the last half of 2021 will result in a slow return of stock levels.

In the rental market, things have been similarly tumultuous, with renters leaving properties due to changes in employment or a desire for more space during the height of lockdown.

But that’s not the end of the story. SpareRoom also noted a recent surge in interest across London, with demand vs supply up 71% year-on-year across the city. While West Central London may have seen the biggest regional drops in rent, it also experienced the biggest increase in demand vs supply (up 191% year-on-year), followed by East Central (up 133%) and the South West (up 98%).

And there are reports of an increase in renters from outside London, including enquiries from abroad about rental properties, proving that the draw of living in the capital is still very powerful.

Anecdotal reports from agents on the ground also show a strong increase in rental demand with properties being mobbed (in some cases) by tenants keen to secure the right rental. We have found this has led to some price increases of around 5% in rental properties across Southwest London.

In the Home Counties, many Londoners who sold in order to move out have found themselves competing over fewer properties finding themselves in many cases, tenants. This, like the sales market in desirable areas ‘further out’ has led to an increase in demand and prices.

So where do we see the market heading? Higher prices across the Home Counties as opportunistic sellers capitalise on demand coming out of London, and higher prices in general as the approximate £160 billion of savings built up by the public during the lockdowns combines with historic low-interest rates.

And finally, higher prices in the flat market in London, which was hit badly during the pandemic. Shifting flats has been difficult to date. But many buyers of such properties (young professionals without children) are now free to work at least partially remotely. Although of course the opportunities that London brings for these people isn’t just limited to job prospects.

So in short - higher prices all around as the market rebounds from the pandemic.